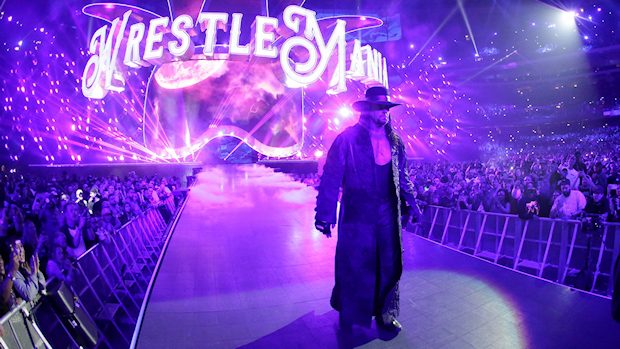 — Will The Undertaker appear at WrestleMania 35?

WWE’s biggest show of the year is just three days away and it remains unclear whether “The Deadman” will appear.

According to a report tonight by PWInsider.com, The Undertaker is slated to be in New Jersey for Wrestlemania. While there’s still no word on whether he’ll appear on camera, will be in town for the festivities.

Dave Meltzer noted Wednesday in the Wrestling Observer Newsletter that if The Undertaker is scheduled to appear at WrestleMania, it’s being kept very quiet because “those high on the food chain have outright said no Undertaker on this show.”

According to Meltzer, The Undertaker will be in action soon as he is scheduled to appear at WWE’s upcoming spring show in Saudi Arabia. He’s pretty much working the show due to “the ridiculous money involved.”

While WrestleMania is promoted as the biggest show of the year, the shows in Saudi Arabia are WWE’s most profitable events by a wide margin.

— At WrestleMania Axxess on Thursday night, a life-sized statue of “Rowdy” Roddy Piper was revealed in front of the WWE Universe.

Notables in attendance included his family and WWE Hall of Famers Sting, Ricky “The Dragon” Steamboat, “The Mouth of the South” Jimmy Hart, and 2019 WWE Hall of Fame Inductee Brutus “The Barber” Beefcake.

Related ItemsRowdy Roddy Piper NewsSting NewsUndertaker NewsWrestleMania News
← Previous Story Howard Finkel Is In New York City For WrestleMania 35 and He Looks A Lot Different (New Photos From Today)
Next Story → Kurt Angle Says John Cena Has A Match On Sunday At WrestleMania, How Old Are Charlotte Flair and DDP?