As noted in our TNA Impact Wrestling spoiler report from Tuesday night, a new masked stable known as “DCC” for Death Count Council debuted and attacked Grado and Robbie E in a segment that should air on the October 20th episode.

The three men behind the mask are James Storm, Bram and Eddie Kingston, who just worked the recent WWE Performance Center tryouts, according to Pro Wrestling Sheet. No word yet on who exactly will be under the masks when it’s time for the reveal but it was noted that Storm’s re-emergence in the company will see a tweak in his character.

Below are photos of the “DCC” group on Tuesday night: 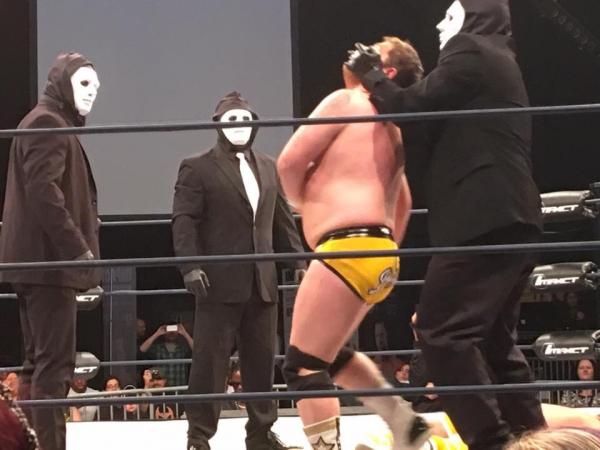