– Last Monday night after Raw, a documentary chronicling WrestleMania 33 called WWE 24: WrestleMania Orlando featured several candid soundbites from The Undertaker speaking out of character himself. However, there was one private moment that WWE later decided to edit out.

At just over a minute long, the cut footage shows The Undertaker undergoing pain relief injections and talking about doing such things in order to give the fans the best performance possible. You can get a glimpse of the clip in the screenshot below. 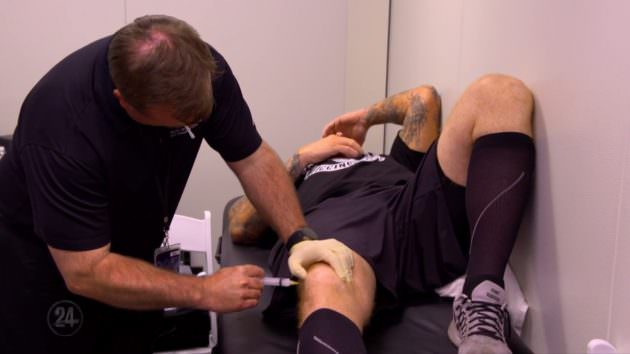 Here is a trailer for the show featuring The Undertaker.

– In December 1998, WWE produced a commercial to run during Super Bowl XXXIII (which saw the Denver Broncos beat the Atlanta Falcons). Take a look behind the scenes with footage that has not been seen in nearly 20 years.