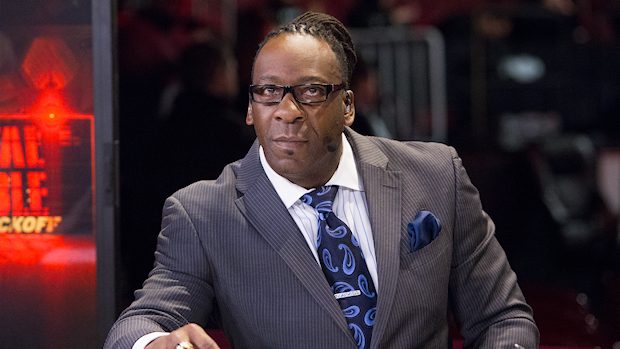 Monday Night Raw saw a major shakeup one night after the Royal Rumble as Jonathan Coachman replaced Booker T to join Corey Graves and Michael Cole as the third commentator at the announce table. WWE said Booker T will resume his duties as a panelist on pay-per-view Kickoff broadcasts and continue to make occasional appearances on Raw and as a WWE ambassador.

While Booker said in a tweet that he’s happy for Coachman, he blames Graves for costing him his job on the Raw announce team and has challenged him to a fight.

Booker said this on the most recent edition of his radio show and podcast, Heated Conversations:

Graves appeared to addressed Booker’s remarks in a tweet this afternoon.