WWE just announced that Rusev has been added back to the Casket Match against The Undertaker at WWE’s Greatest Royal Rumble event in Saudi Arabia. As we’ve noted, Rusev was replaced by Chris Jericho earlier this month and the storyline for the replacement was that Lana was not going to allow her husband to compete in a Casket Match. Lana made the following tweet today before WWE announced the latest change for the match:

After much thought, I have notified @WWE officials that I have changed my mind. @RusevBUL will celebrate #RusevDay by burying The Undertaker in the sands of Saudi Arabi and will win the Casket Match at #WWEGRR ! #RusevCrush ! Have a Happy Rusev Day !

There’s no word yet on if Rusev will still be competing in the match but Jericho will likely be re-added to the match once the update their listings.

The WWE En Espanol video also revealed the trophy that the winner of the match will win, as seen below: 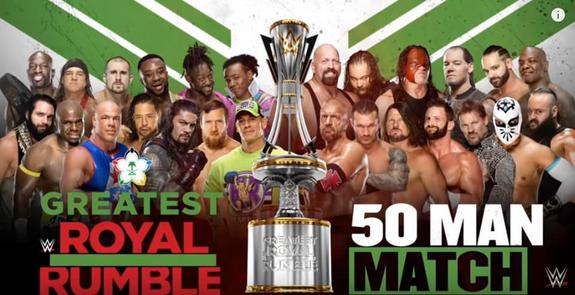 Below is the current confirmed card for the event, according to the WWE website:

Ladder Match for the WWE Intercontinental Title
Samoa Joe vs. Finn Balor vs. The Miz vs. Seth Rollins

Match for the Vacant RAW Tag Team Titles
Bray Wyatt & Matt Hardy or The Revival vs. The Bar

Casket Match
The Undertaker vs. Rusev