Is The Undertaker Wrestling At SummerSlam?, Match Announced For SmackDown, Tony Chimel Returns 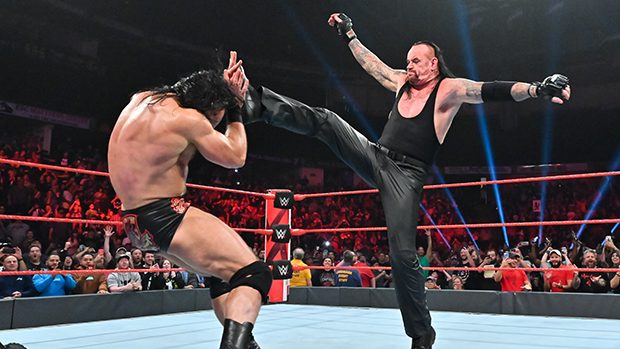 — SummerSlam takes place on Sunday, August 11 at the Scotiabank Arena in Toronto, Ontario, Canada and a match between The Undertaker and Drew McIntyre is being advertised in localized commercials by WWE.

According to Dave Meltzer on last night’s episode of Wrestling Observer Radio, WWE actually has no plans for Undertaker to wrestle at SummerSlam.

— WWE announced today that Charlotte Flair and Ember Moon will face off this Tuesday on SmackDown LIVE. Regarding the match, Moon tweeted the following:

We have been ready!

Look who dusted off the suit and got back behind the mic at #WWEReading tonight! It’s #WWE ring announcer Tony Chimel!

WWE tweeted this video of Chimel discussing his return.

Last night was special for #WWE ring announcer Tony Chimel to be back behind the mic for one night only with his grandson in attendance at #WWEReading! pic.twitter.com/30rSbcEZR5

WWE Hall of Famer Edge joked about Chimel’s appearance on the Instagram post, writing, “What?! I thought he was only allowed out of the box when I’m there?!”