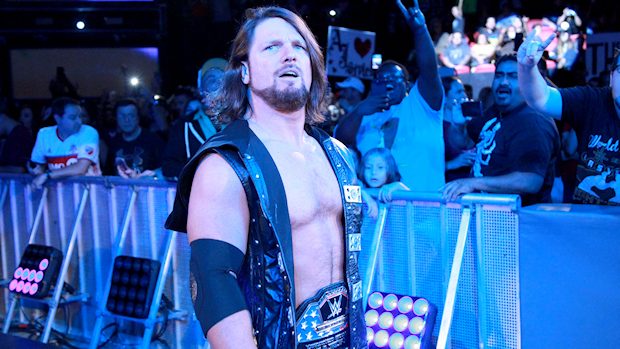 At today’s WWE live event in Osaka, Japan, AJ Styles returned to the place where he legitimized himself as one of the biggest stars in wrestling.

With the title around his waist, “The Phenomenal One” came out wearing a mask for the first time in WWE.

Styles did not wrestle with the mask as he took it off before his United States Championship Match against Kevin Owens. As for the match itself, Styles successfully retained his title against Owens.