Possible Stipulation For Shinsuke Nakamura vs. AJ Styles WWE Title Match At Money in the Bank 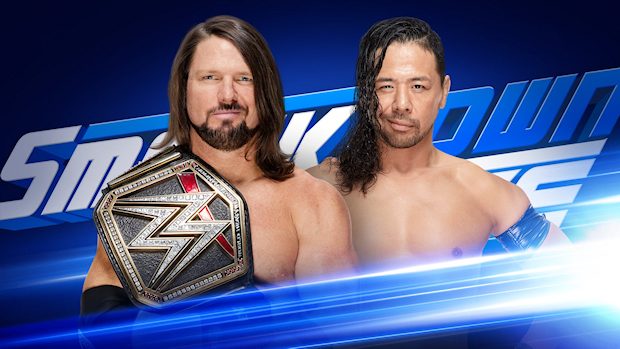 Ahead of their WWE Championship Match at Money in the Bank, AJ Styles and Shinsuke Nakamura are facing off tonight to determine the stipulation for the contest.

Styles vs. Nakamura in a non-title match has been announced for tonight’s episode of SmackDown LIVE from London, England. The winner will pick the stipulation for their match at Money in the Bank, which takes place on June 17 at the Allstate Arena in Rosemont, Illinois. This will be the fourth time Nakamura has challenged for the WWE Championship on pay-per-view in 2018.

Dave Meltzer reported in the most recent edition of the Wrestling Observer Newsletter that a Last Man Standing stipulation has at least been discussed for their WWE Championship Match at Money in the Bank. Styles retained the WWE Championship at Backlash last month when he and Nakamura simultaneously low blowed each other and both couldn’t make the referee’s 10 count.

The New Day vs. Cesaro and Sheamus, where one member from the winning team will qualify for the Men’s Money in the Bank ladder match, the debut of Andrade “Cien” Almas and Zelina Vega, and Carmella hosting a Royal Mellabration to celebrate beating Charlotte Flair at Backlash are also advertised for tonight’s show.