Alexa Bliss On Having Anxiety Cutting Promos, Not Being Called A WWE Diva, Performance Center - PWPIX.net

Alexa Bliss On Having Anxiety Cutting Promos, Not Being Called A WWE Diva, Performance Center 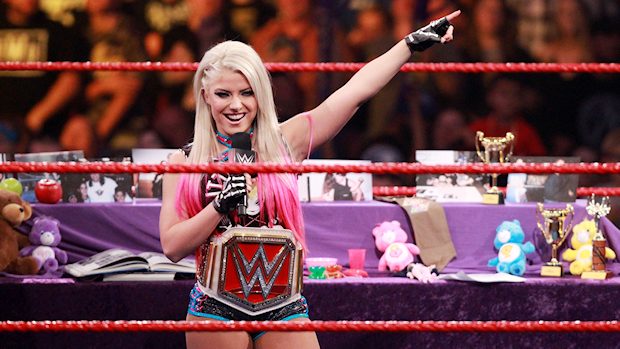 During an interview with New Zealand news website Newshub, Raw Women’s Champion Alexa Bliss said she would have anxiety over rehearsing promos at the WWE Performance Center during her time as a developmental talent.

“I would have anxiety over our promo classes and I would panic and I was just terrible on the microphone,” Bliss said. “But the fact we had classes every week I was able to gain in confidence and learn how to speak in front of an audience, be it 500, 5000 or 50,000.

“Our promo coach was WWE legend, the late Dusty Rhodes, and he would talk about trying new things and getting out of our comfort zone. He was a huge influence for me.”

On the Performance Center, Bliss said, “The PC is the best thing to ever land in the WWE. I had never trained before, I had never even wrestled before. Being in NXT with all the great coaches they have there was just so amazing. You get everything you need at your fingertips. The wealth of knowledge from all the coaches who have been in WWE for years is unbelievable and the result of that is NXT growing into the third brand of WWE because of how well the Performance Center works.”

Bliss also talked about being called a WWE Superstar instead of a WWE Diva.

“We are Superstars now, we are no longer ‘Divas,'” she said. “We have this women’s revolution going on right now with what we as WWE superstars are achieving, week in and week out. We are constantly proving more and more what amazing athletes the WWE women’s division has.”