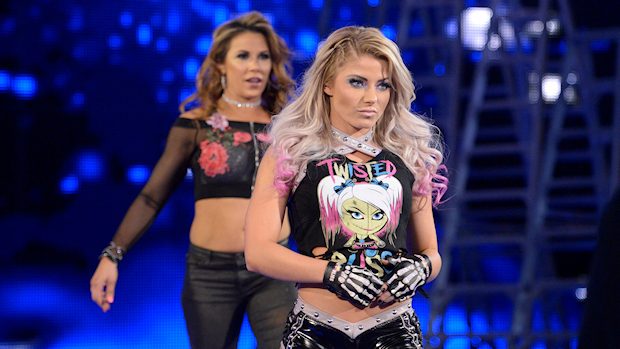 – It looks like Alexa Bliss will be returning to action this weekend as WWE.com has her advertised for live events on the upcoming European tour, which kicks off on Saturday in Madrid, Spain.

Bliss has been out of action since suffering a concussion on October 22 during a tag team match against Raw Women’s Champion Ronda Rousey and Nia Jax in Hartford, Connecticut. Her injury came one night after she returned to the ring after being out of action for a month. She was forced to miss her scheduled match at WWE Evolution last Sunday, where she was set to team with Mickie James against Trish Stratus and Lita. Alicia Fox took her place, although Bliss accompanied her and James to ringside.

– Baron Corbin visits the haunted St. Augustine lighthouse in the dark of night for the spooky premiere of the WWE digital series Baron Corbin’s Haunted World.