Alexa Bliss On Who She Wants To Face At Evolution, Crying During Her First Promo Class, Face Turn (Video) - PWPIX.net

Alexa Bliss On Who She Wants To Face At Evolution, Crying During Her First Promo Class, Face Turn (Video) 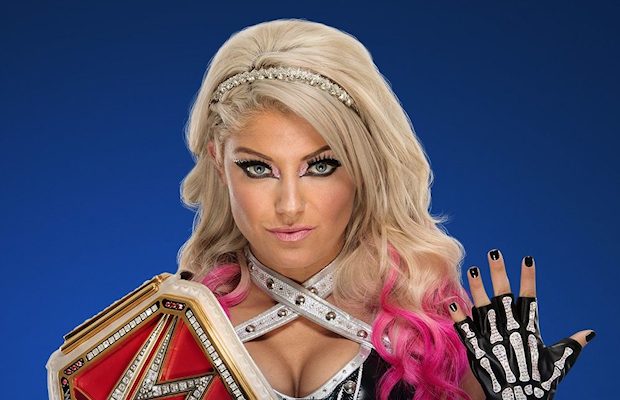 Raw Women’s Champion Alexa Bliss chatted with Chris Van Vliet before Raw last night at the AmericanAirlines Arena in Miami, Florida. She talks about her dream opponent at WWE Evolution, how often she sees her fiancée, Buddy Murphy, working with Ronda Rousey, crying during her first promo class with WWE, and much more.

Who is her dream opponent at WWE Evolution?

“Trish and Lita. I was never able to work with them at the Royal Rumble because the curse of a champion, champions aren’t allowed in the Royal Rumble match. So I got to sit ringside which was really cool because it was the nostalgia of the entrances and everyone coming back. It was awesome getting to see it from a fan’s perspective but I would really like to get into the ring with the girls who were in the Royal Rumble match so hopefully, that will be my opportunity at the Pay Per View.”

When did she first find out about WWE Evolution?

“At that moment. They didn’t tell us anything. I found out right when they made the announcement because they wanted our real reactions.”

Her thoughts on Ronda Rousey in WWE:

Will she ever turn into a babyface?

“I can’t imagine I will never not be a good guy. I’m sure it’s in there somewhere. Will I be any good at it? Probably not. But we’ll see how it goes.”

She didn’t think she was going to get signed after her WWE audition:

“When I tried out for WWE, it was very strange. I did a casting call and they took us to LA and I was actually the only person who submitted my own stuff. Everyone else was there from like talent agencies and they were models and I was there, all 5 foot of me walking around and there’s like these six-foot models and they’re all gorgeous in LA and I texted my mom ‘Well, that’s it. I’m not making it.’ But I got to do an interview and it was with Triple H and all the producers and everyone and he saw something in me and with my wrestling knowledge, apparently I was one of the very few people to recognize him. Which was very strange. I was like ‘Oh my God, did you know you’re Triple H.’ I had like that fangirl moment. They said that I was being signed after that and they said ‘Let’s just hope you’re as athletic as you look.’ So without Triple H seeing something in me, none of this would be possible.”

She reveals she cried during her first promo:

“My first promo class, I cried because I couldn’t talk in front of people. I was so nervous to just speak. I said something and I felt like Ricky Bobby, ‘I don’t know what to do with my hands.’ It was very awkward. But working with Dusty Rhodes and Ryan Katz and the people we have at the Performance Center helping with promo classes was really beneficial. If not, I would not be able to speak in front of ten people let alone thousands.”