Nia Jax Seems Annoyed About Being Left Off Raw, Bayley and Sasha Banks On Beating The Riott Squad - PWPIX.net

Nia Jax Seems Annoyed About Being Left Off Raw, Bayley and Sasha Banks On Beating The Riott Squad 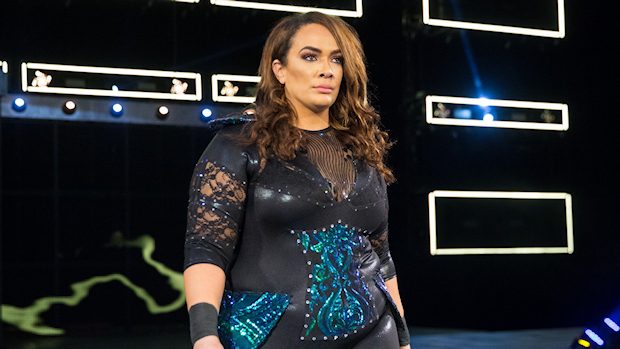 – Nia Jax has not wrestled a match on television since losing to Raw Women’s Champion Alexa Bliss at WWE Extreme Rules in an Extreme Rules Match. During Raw last night, she seemed annoyed about being left off the show again.

After Bliss asked Alicia Fox for help against Ronda Rousey and Natalya, Jax went into her passive-aggressive mode by tweeting these GIFs and taking a shot at Jonathan Coachman.

I feel like Coach says a lot of things, just to hear himself speak. 🙄

Coachman and Jax then had this exchange.

Ouch Nia. Quite a shot. https://t.co/VVM8GSpMlK

– In new matching ring gear, Bayley and Sasha Banks, who are calling themselves The Boss ‘n’ Hug Connection, celebrate their newfound momentum after defeating The Riott Squad — Liv Morgan and Sarah Logan — on Raw.