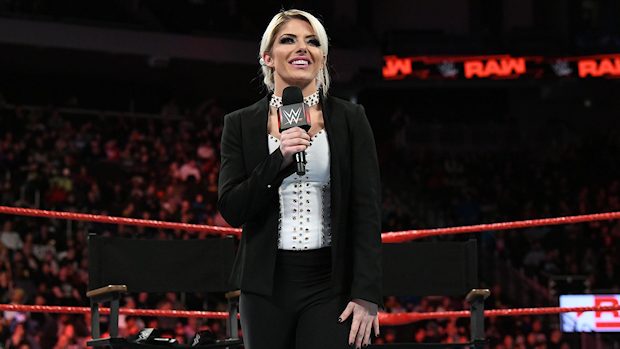 As Natalya was set to team with Raw Women’s Champion Ronda Rousey against Nia Jax and Tamina this past Monday night, The Riott Squad overwhelmed “The Queen of Harts” and, by way of a Ruby Riott Superkick off the ring apron, drove her through a table.

Per WWE.com, Bliss has promised to deal with The Riott Squad this Monday.

According to them, no.

In this post-match interview with Mike Rome, Rose and Deville dismiss any claims that their win over Charlotte Flair and Asuka was tainted.