Alexa Bliss Taunts Ronda Rousey Over Bat Incident On Raw, Aiden English Has A Message For Rusev and Lana - PWPIX.net

Alexa Bliss Taunts Ronda Rousey Over Bat Incident On Raw, Aiden English Has A Message For Rusev and Lana 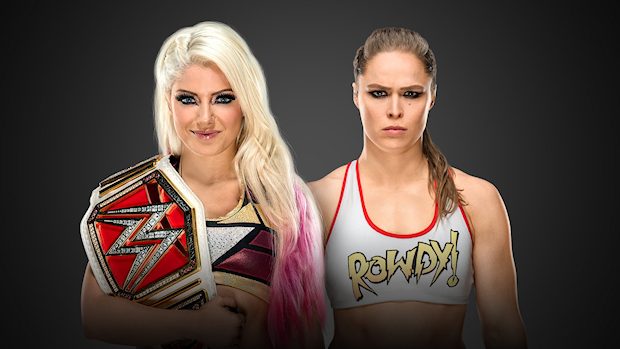 – During Raw this week in Greensboro, North Carolina, there was a bat flying around the Greensboro Coliseum.

Bliss took to Twitter today to taunt Rousey over her terrifying experience with the bat ahead of their Raw Women’s Championship Match at SummerSlam this Sunday.

– Aiden English seemed to be at a loss for words following his loss to Andrade “Cien” Almas on last night’s episode of SmackDown LIVE, but he still has a message for Rusev and Lana.