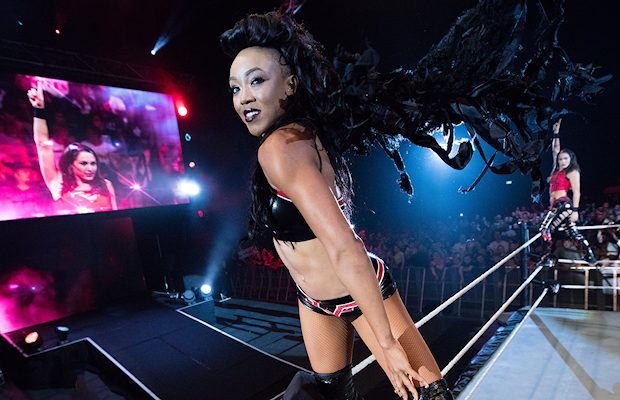 – Below are the top 10 moments from last night’s WWE RAW:

– WWE posted this video with Alicia Fox arriving for the WWE Draft edition of SmackDown tonight. Alicia says she’s really excited for the Draft as it’s time to take things to the next level.

– WWE will report the updated subscriber count for the WWE Network next Thursday. They issued the following today:

STAMFORD, Conn.–(BUSINESS WIRE)– WWE (NYSE:WWE) announced that it will report its second quarter 2016 results on Thursday, July 28, 2016, before the opening of the market. The Company’s Chairman & CEO, Vincent K. McMahon, and the Company’s Chief Strategy & Financial Officer, George Barrios, will host a conference call beginning at 11:00 a.m. ET to discuss the results.