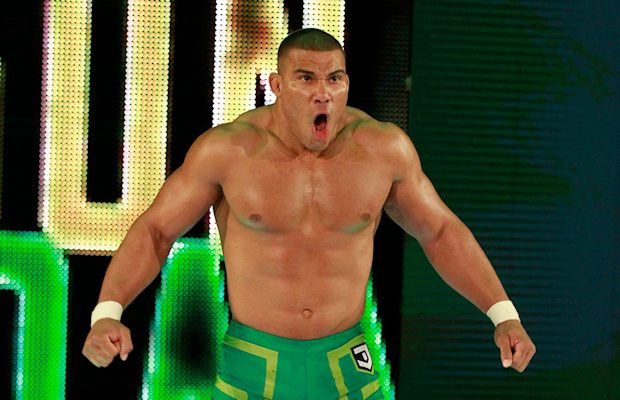 On Monday night, April Elizabeth Everhart took to social media to say that while Jordan is indeed injured, it is only a minor neck injury and that he will be back soon.

I will address this once…
Yes, “Jason Jordan” is injured. I assure you everything you have seen online is “Fake News!” He has a minor neck injury and will be back in no time! Although, I am very excited to have him home for a bit, I promise, I will help guide him to a speedy recovery! Thank you to everyone who reached out to check on him! He is very positive and already planning his comeback! In the meantime, just please keep sending Nathan and I good vibes!!

As the storyline goes, Jordan was supposed to tag with Rollins in the match, but he could not get medically cleared due to an issue with his neck. Angle then allowed Rollins to sub in Reigns as Jordan’s replacement. Jordan appeared during the match, and due to his interference, Cesaro and Sheamus beat Rollins and Reigns via Disqualification. Angle then told his son to go home and stay there until he was medically cleared to return.

There were reports two weeks ago saying that Jordan was dealing with a back injury, which caused him to miss house shows and limit his physical involvement on shows he did work. However, a report by Dave Meltzer last week in the Wrestling Observer Newsletter revealed that his injury is more serious than originally reported as he’s actually dealing with a neck injury (not a back injury) and having issues with his grip.