Are John Cena and Nikki Bella Still Together? - PWPIX.net

Are John Cena and Nikki Bella Still Together? 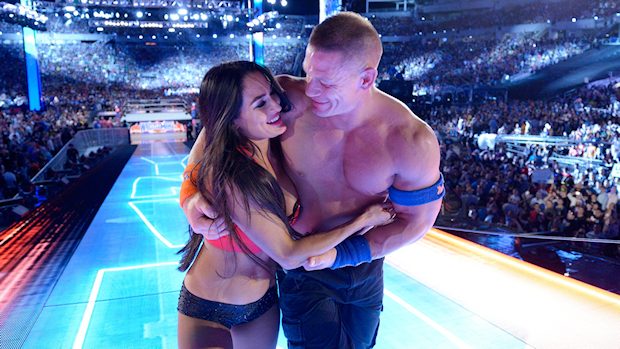 Are John Cena and Nikki Bella still together?

After WWE Super Show-Down on Saturday, a fan snapped a photo of the two walking together at a shopping center in Melbourne, Australia.

WrestlingNews.co reported last Tuesday that Cena and Nikki are still together despite both claiming they broke up. Cena wrapped up filming in China for a movie he’s starring with Jackie Chan and flew home to Tampa, Florida sometime in the past week. He then flew to San Diego, California, where he shares a home with Nikki.

During an interview last month with Entertainment Tonight, Nikki claimed that she had not spoken to Cena recently.

“He’s doing him and I’m doing me,” she shared, adding that she’s taking this time to “work on herself.”

Nikki also said that she’s single, but not ready to date yet.

“I was like, ‘No, I said Netflix and black licorice and [was boring]’ … it’s not what people expect, but I’ve got to admit I am single but I’m not ready for mingling yet.”