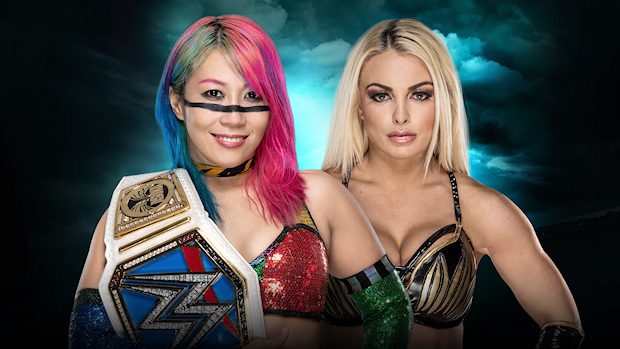 According to fans in attendance, Rose dropped Asuka while apparently attempting a wheelbarrow facebuster. Asuka instead went for a victory roll reversal and ended up landing awkwardly on the side of her face/head. The match was immediately stopped.

Asuka was checked on the outside by WWE medical staff and eventually walked to the back. The bout was ruled a no contest since Asuka could not continue “due to injury.”

A short time later, Asuka claimed on Twitter that she was OK, writing “I’m sorry for worrying you. Hit my back but That’s fine.”

She also clarified earlier reports that it was a head or neck injury, saying “It is neither a concussion nor a neck.”

During an interview with talkSPORT on Tuesday, Rose addressed Asuka’s injury scare.

“I was in my hometown last night, it was really great to be home. I had about 30 people – friends and family – there that were all front row. I had all my nieces and nephews and it was really amazing to have them all there. Of course, not everything always goes according to plan and accidents happen,” Rose said.

“So, unfortunately, there was a little accident and we took the proper precautions and thankfully, Asuka is fine and she’s doing OK. You know, stuff happens. You can’t dwell on it, you just gotta move on.”

With her SmackDown Women’s Championship Match against Asuka at WWE Fastlane only a few days away, Rose looked to firmly prove that she was ready for “The Empress of Tomorrow” by taking down Naomi on last night’s episode of SmackDown LIVE. After the win, Asuka arrived and wasted no time in dropping both Rose and Sonya Deville.