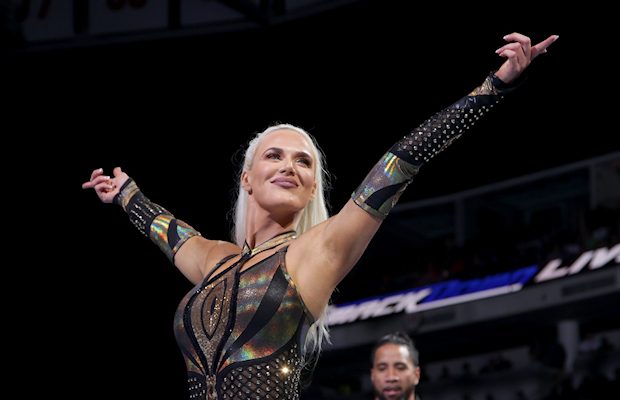 At Sunday’s WWE live event in Arlington, Texas, Asuka knocked Lana’s hair extensions off with a kick to the head.

In a Six-Woman Tag Team Match, Asuka, Becky Lynch, and Naomi beat the team of Lana, Billie Kay, and Peyton Royce. After the match, Lynch played around with Lana’s hair extensions.

Lana’s weave fell out during the match and Becky put it on. She’s the best 😂😍😍❤️ Full credits to owner! #wwearlington

Alright … Tonight’s WWE LIVE event has been well worth it for this single moment … @LanaWWE lost her weave!!! 🤣🤣🤣 pic.twitter.com/7EkzT3uQf3

Lana responded to the above video with the following.