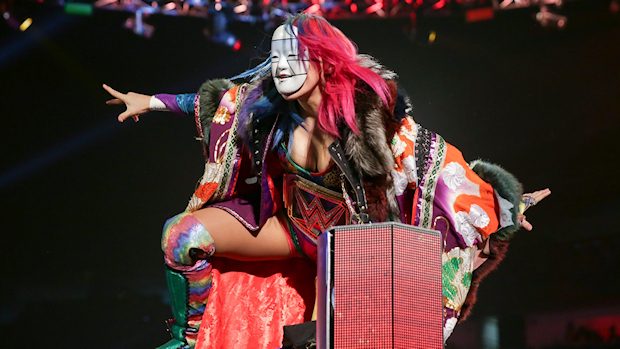 Heading into the show, Carmella, Naomi, Mandy Rose, and Sonya Deville were slated to compete in a Fatal 4-Way Match to determine Asuka’s challenger for the SmackDown Women’s Championship at WrestleMania 35. Dave Meltzer reported in the Wrestling Observer Newsletter that Rose was booked to win the Fatal 4-Way Match and have a rematch with Asuka at WrestleMania after losing to her at WWE Fastlane.

Meltzer also says that a person who saw the tentative card for WrestleMania two weeks ago noted the SmackDown Women’s Championship Match being listed as Asuka vs. Rose vs. Deville. This was changed to Asuka vs. Rose, but Vince McMahon then decided to scrap that too.

Another factor in the change was the creative team having difficulty on deciding on how to handle the SmackDown Women’s Championship at WrestleMania. Another idea pitched was the title being up for grabs in the WrestleMania Women’s Battle Royal. The idea, however, wasn’t a huge hit.