Who Will Induct Brutus "The Barber" Beefcake Into The WWE Hall of Fame? - PWPIX.net

Home / Wrestling News / WWE News / Who Will Induct Brutus “The Barber” Beefcake Into The WWE Hall of Fame?

Who Will Induct Brutus “The Barber” Beefcake Into The WWE Hall of Fame? 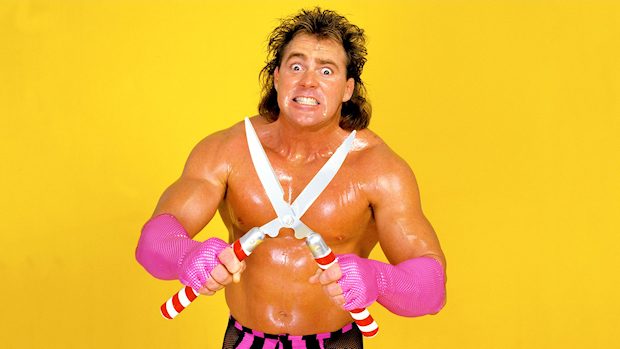 WWE announced today that Hulk Hogan will induct Brutus “The Barber” Beefcake into the WWE Hall of Fame.

Hulk Hogan and Brutus “The Barber” Beefcake had each other’s back through thick and thin in WWE. This Saturday, The Hulkster will have the honor of presenting his close friend when he receives highest honor, as he will induct Beefcake into the WWE Hall of Fame during the 2019 Induction Ceremony this Saturday, the eve of WrestleMania 35.

Hogan and Beefcake first joined forces in 1989, headlining that year’s SummerSlam against “Macho King” Randy Savage and the monstrous Zeus and later stepping into a Steel Cage to battle the ruthless duo. When Beefcake returned to the ring after a parasailing accident that nearly ended his life, Hogan was literally in “The Barber’s” corner, joining forces with him to form The Mega Maniacs, a duo that battled then-World Tag Team Champions Money Inc. at WrestleMania IX.

What stories will Hogan share about his friend as Brutus “The Barber” Beefcake enters the WWE Hall of Fame? Find out during the 2019 WWE Hall of Fame Induction Ceremony, streaming live this Saturday at 7 ET/4 PT on WWE Network.

“This is the culmination of a lifetime’s worth of work,” Beefcake said in an interview with Sports Illustrated. “I’m grateful to the WWE and I cannot wait for the tremendous honor.”

Beefcake — real name Ed Leslie — broke into the wrestling business in 1977 alongside fellow Floridian and longtime friend Terry Bollea, who later became Hogan. The two formed a tag team, The Boulder Brothers, with Leslie wrestling as Ed Boulder and Bollea as Terry Boulder.

“I never went to a wrestling school,” Leslie said. “So I learned the basics from the veterans, and that is how I learned my craft. It’s a tough way to learn, but there were people like Ivan Koloff and Mr. Wrestling who took a real interest in trying to help me.”

Leslie joined the World Wrestling Federation in 1984, playing a heel from San Francisco, California named Brutus Beefcake. He was billed as the newest protégé of “Luscious” Johnny Valiant and Leslie noted that his time spent as a heel served as the key to later explode in popularity as a babyface.

“Learning the craft as a heel changed my whole career,” Leslie said. “The heels are the ring generals and direct the matches, so I learned ring psychology and how to make a crowd respond. That run really prepared me to become ‘The Barber.’”

Beefcake wrestled David Sammartino, with his legendary father Bruno in his corner, at the first WrestleMania in 1985 before joining up with Greg “The Hammer” Valentine to form The Dream Team. Beefcake and Valentine won the WWF World Tag Team Championship on August 24, 1985, holding onto the titles until they were dethroned by The British Bulldogs the following April at WrestleMania II.

Beefcake partnered with Valentine until WrestleMania III, where he was unceremoniously replaced by Dino Bravo. But Beefcake reappeared in the very next match, a “Hair vs. Hair” affair between “Rowdy” Roddy Piper and “Adorable” Adrian Adonis, and he helped Piper secure the victory — as well as lent a hand in cutting Adonis’ hair.

Thus, “The Barber” was born.

“It was a big pretty big challenge to create ‘The Barber,’” Leslie said. “At first, I thought, ‘The Barber?’ I had no idea what to do. It was difficult, but I had help. Hogan was the guy who said I should put guys to sleep with the sleeper and then cut their hair. I thought, if that worked, it was going to be very exciting. And it worked big time.”

The WWE Hall of Fame Class of 2019 is loaded with Superstars, including D-Generation X (Triple H, Shawn Michaels, Road Dogg, Billy Gunn, X-Pac, and the late Chyna), The Honky Tonk Man, Torrie Wilson, Harlem Heat (Booker T and Stevie Ray), and The Hart Foundation (Bret “Hit Man” Hart and the late Jim “The Anvil” Neidhart). The class is now complete with the addition of one of most recognizable stars in Beefcake.

“I’m filled with amazing joy and happiness to have touched so many lives,” Leslie said. “My 41 years in the ring were an honor and a privilege, and I’m so happy to be joining the WWE Hall of Fame.”

WWE caught up with Beefcake in 2016 as he talked about his memorable career as “The Barber.”

In 2018, Beefcake released a 400-page autobiography called Brutus Beefcake: Struttin’ & Cuttin’. It covers his life, wrestling career and the parasailing accident that almost ended his life — plus the struggle to make his miraculous comeback. He talks about growing up in Tampa with Hulk Hogan, his time in the territorial days, becoming “The Barber” in the World Wrestling Federation, his WCW run, failed storylines, promised title runs that never happened and several road stories and ribs.