Home / Wrestling News / WWE News / Ax and Smash on What Led to the End of Demolition, Possible WWE Hall of Fame Induction, More

Ax and Smash on What Led to the End of Demolition, Possible WWE Hall of Fame Induction, More 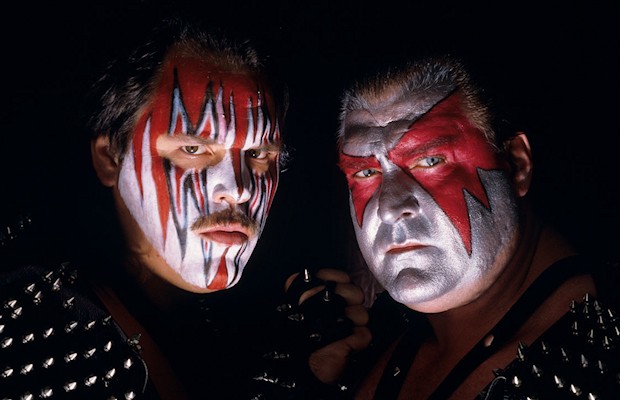 JR asked what lead to the end of Demolition after their seven-year run in WWE and Eadie said that he had an allergic reaction to shrimp; after traveling to Japan so much, he developed a “toxic build-up of iodine.” Just prior to a WrestleMania, he had shrimp for dinner which triggered an anaphylactic reaction. Eadie said he had an “out of body experience” and had to take some time off. That’s when WWE brought Crush into the mix and Eadie took on more of a managerial role. Eadie also said that some “promises were mad that weren’t kept” so he decided it was time to leave the company. Darsow added that the matches Demolition had against The Road Warriors just before disbanding were some of the worst matches they ever had.

Ross also asked if the duo thinks a WWE Hall of Fame induction would be a big deal. Darsow said it would be a huge deal but also said there are a number of other guys worthy of being inducted. Eadie is already a member of the Pro Wrestling Hall of Fame as The Masked Superstar but said a WWE induction would be nice. He said everyone likes to be recognized for their contributions to the business. JR believes they are a shoe-in for a future class.