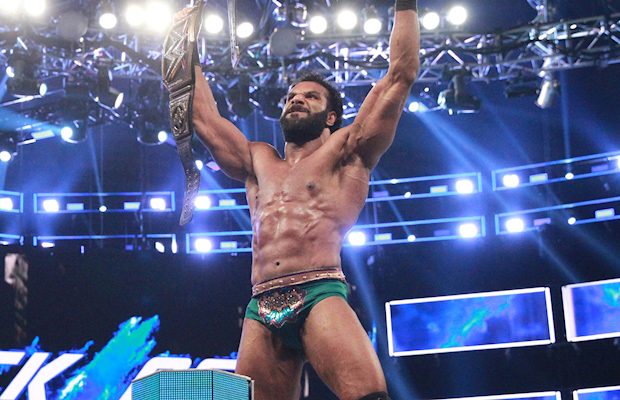 At WWE Backlash, Jinder Mahal completed the most improbable career turn in recent memory by defeating Randy Orton to win the WWE Championship.

This, however, was close to not happening.

According to Billi Bhatti of Sportskeeda, WWE officials made plans last August for Randy Orton to win the WWE Championship and have a long title reign. He would eventually drop the title to Rusev, who was penciled in to win the Money in the Bank Ladder Match in June.

However, things took a drastic turn on Tuesday when Rusev’s planned return was shelved with no explanation on SmackDown LIVE as to why. Internally, the reason centered around SmackDown LIVE‘s head writer, Ryan Ward, still wanting Rusev to win Money in the Bank Ladder Match and extending the Mahal and Orton feud.

Therefore, WWE officials did not have Rusev appear on SmackDown LIVE to set up a program with Orton until they had decided on what direction they were going.

By Friday, WWE officials decided to extend the Orton vs. Mahal program by giving Mahal the WWE Championship.

Things then took another twist on Sunday morning when WWE officials decided that they were going to keep the WWE Championship on Orton and proceed with its original plan of Rusev vs Orton. They even asked Rusev to travel to Chicago, Illinois to possibly set up the feud.

However, things changed again two hours before the show started when WWE officials decided that Mahal would be WWE Champion after all.

As for Rusev, Bhatti assumes that the original plan for him to win the Money in the Bank Ladder Match next month is still in play.