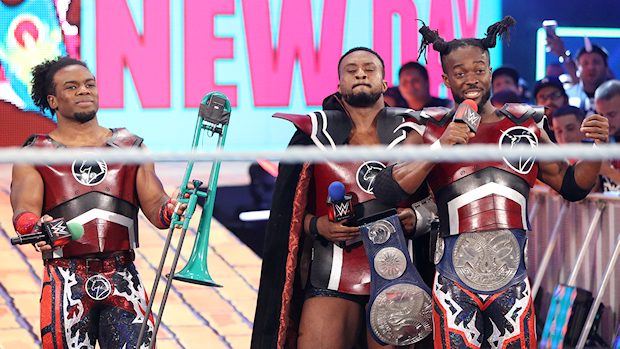 The New Day may have lost the Smackdown Tag Team Championship at the SummerSlam Kickoff on Sunday, but WWE officials have big plans in store for the trio.

In the latest edition of the Wrestling Observer Newsletter, Dave Meltzer notes that WWE plans for The New Day to go down as one of the greatest tag teams in the company’s history. The trio of Big E, Kofi Kingston, and Xavier Woods already hold the record for the longest championship reign of any tag team, but company officials have eyes on New Day breaking another record.

Meltzer reported that WWE wants to establish the New Day as the “greatest tag team of all-time” by having them eventually hold the titles more times than any other team in history. The Hardyz and Edge & Christian each have had seven WWE tag title reigns, while the Dudley Boyz have had nine.