Backstage News On Becky Lynch's Character - Is She Supposed To Be A Face Or Heel? - PWPIX.net

Home / Wrestling News / WWE News / Backstage News On Becky Lynch’s Character – Is She Supposed To Be A Face Or Heel?

Backstage News On Becky Lynch’s Character – Is She Supposed To Be A Face Or Heel? 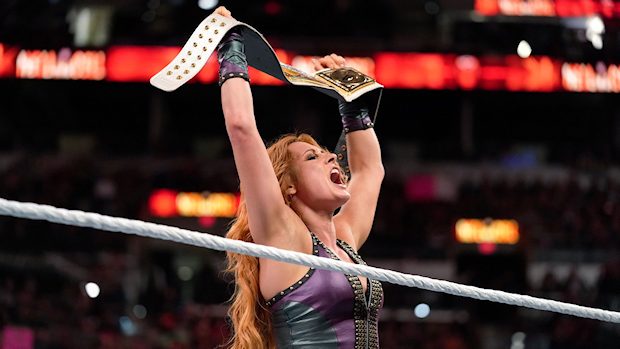 Although Lynch’s popularity has been on the rise since SummerSlam, the WWE creative team’s idea for the match was to slowly turn Flair babyface, with Lynch going heel.

This is according to Dave Meltzer on Wrestling Observer Radio, who said that creative knew going into the match that Lynch would get cheered. Their idea is to get fan reactions to the point where they mostly cheer Flair and jeer Lynch.

Although Lynch cleanly pinned Flair in the middle of the ring, the idea was for Flair come off as a babyface after Becky “screwed” her to win the title. Creative intended for Lynch to wrestle like a heel during the match, but she instead came off as a babyface.

Following the match, Charlotte made one last attempt at an olive branch, offering her hand to Becky in a show of friendship. Lynch lifted her new championship over her head and declined. According to Meltzer, this was meant to solidify Lynch as a heel. However, it didn’t exactly come off this way since fans cheered Lynch for snubbing Flair.

According to John Pollock of POST Wrestling, Lynch is considered a heel by creative even though she’s not being received as one by fans. This is a change of plans from a few weeks ago where the directive was for her to come off like a female version of “Stone Cold” Steve Austin rather than a straight-up heel. Pollock adds that there are currently no plans to turn Flair heel.

“I spoke with someone regarding Becky Lynch and the direction she is going. At SummerSlam, it was designed to turn Becky into a heel, however after the reaction that week in Brooklyn they decided to adjust and make it more about Becky and Charlotte’s issues with one another rather than making Becky a strong heel. The directive at the time was that Becky was a ‘Stone Cold’ type of character knowing she would be cheered, however, we are told that has somewhat changed.

“Internally, Becky is technically considered a heel, although she isn’t generally being received as one by the public. There are no plans to make Charlotte Flair a heel coming out of this.”

In this post-match interview with Kayla Braxton, Lynch comes off as a confident babyface while talking about her big win.