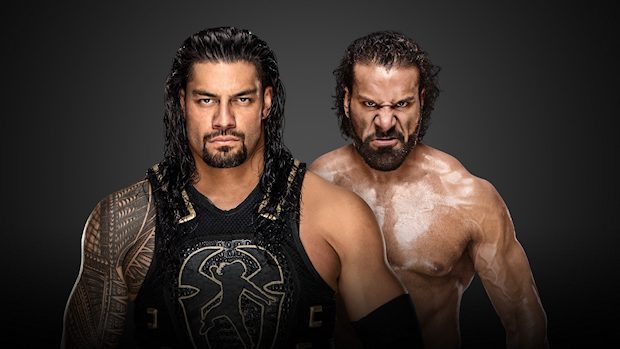 A determined Jinder Mahal will attempt to suppress the seemingly uncontrollable fury of “The Big Dog” when he takes on Roman Reigns at WWE Money in the Bank.

The match was made following the events of the first hour of Raw tonight. Mahal interfered in a singles match between Reigns and Kevin Owens that kicked off the show. Seth Rollins helped even the odds and the situation turned into a tag team match where Rollins and Reigns scored the win.

Mahal jumped the both of them as they were coming up the ramp with a steel chair, then focused on Reigns as he battered him with chair shots.

Mahal has been a thorn on Roman’s side ever since “The Modern Day Maharaja” was denied an opportunity to qualify for the Men’s Money in the Bank Ladder Match. He cost Reigns his shot a few weeks ago, then Reigns retaliated by laying out Mahal the following week prior to his qualifying match.

The Reigns-Mahal rivalry is just another attempt by WWE creative to get Roman over with fans. The idea behind the feud is that WWE fans in the United States will support Reigns since he’s an American and Mahal is a foreign heel. WWE creative members believe that U.S. fans dislike Jinder so much that Reigns will have to get their support.

Their feud will likely last through July. The two are advertised as facing each other on house shows until then, including an event taking place at Madison Square Garden in New York City on Saturday, July 7.

WWE Money in the Bank takes place on Sunday, June 17 at the Allstate Arena in Rosemont, Illinois.