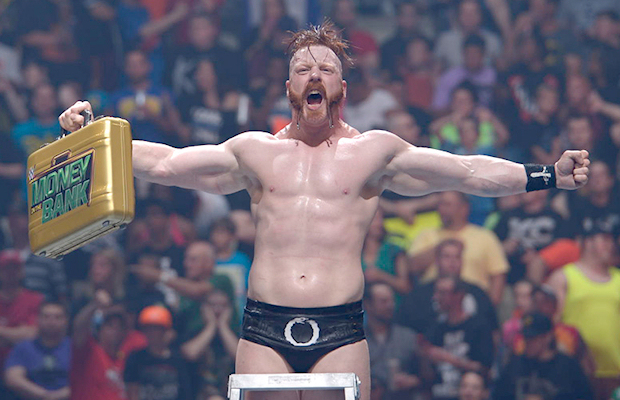 – Sheamus winning the WWE Money In the Bank briefcase this year was something planned last year. Sheamus was originally going to turn heel and face Daniel Bryan at WrestleMania XXX but when CM Punk left, plans changed. Sheamus was then supposed to win the briefcase at Money In the Bank but when that match became for the vacant WWE World Heavyweight Title, plans changed again and they went with who would be the best person to drop the belt to Brock Lesnar, which was John Cena. When WWE announced the second Money In the Bank match last year, with a title shot at stake, Sheamus had already been announced for the first match and they didn’t want to change plans.

That brings us too this year and Sheamus winning the briefcase. With the win, Sheamus is likely to take the WWE World Heavyweight Title in the next year from whichever babyface takes the title from Seth Rollins. If they do go with a babyface taking the title from Rollins, it would mean he turns back to a heel after facing Triple H at SummerSlam as a babyface, or it means the face Rollins vs. heel Triple H feud doesn’t happen after all.