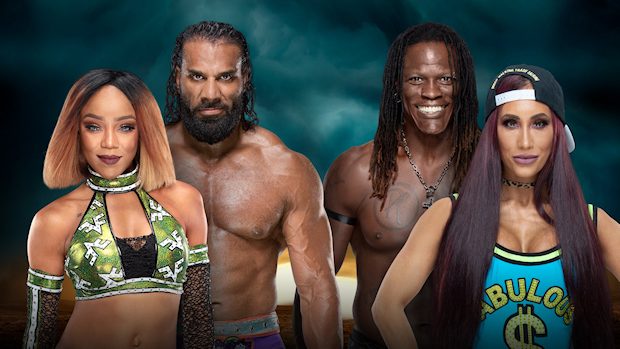 Mahal and Fox and R-Truth and Carmella both won semifinal matches on this week’s episode of Mixed Match Challenge to advance to the finals. Both of their wins were pushed as major upsets.

Mahal and Fox defeated Apollo Crews and Bayley in Raw’s semifinal match, with Fox pinning Bayley after hitting a big boot. The Singh Brothers broke up a pin after Bayley hit a Bayley-to-Belly on Fox, but it didn’t cause a disqualification.

R-Truth and Carmella defeated Miz and Asuka in SmackDown’s semifinal. There was a storyline of dissension between Miz and Asuka since they lost to Jeff Hardy and Charlotte Flair in the round-robin portion of the tournament. After Miz pulled Asuka in his way so that she would take a superkick from Carmella instead of him, Asuka turned against Miz, hit him with strikes, and walked out on him. R-Truth then hit an Unprettier on Miz for the win.

Despite Mixed Match Challenge Season 2 being ravaged with injuries, R-Truth and Carmella vs. Mahal and Fox was always WWE’s plan for the finals, according to John Pollock of POSTWrestling.com.

Pollock also notes that a major deciding factor on who got to be in Mixed Match Challenge was based on a WWE Superstar’s social media following.

The winning tandem will receive the coveted 30th entry in their respective Royal Rumble Matches in January 2019. In addition, they will receive an all-expenses-paid vacation to anywhere in the world.