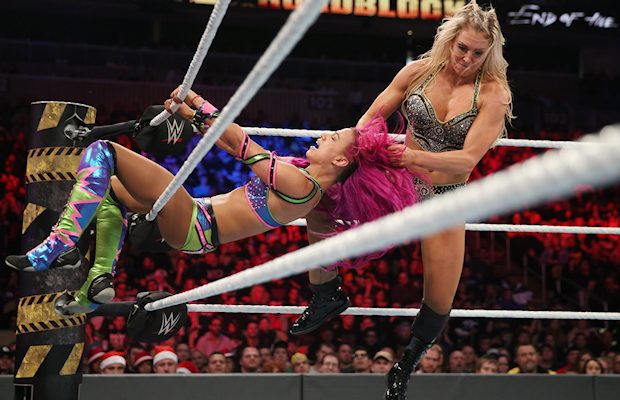 As seen at WWE “Roadblock: End of the Line” on Sunday, Sasha Banks lost the Iron Man Match for the RAW Women’s Title to Charlotte Flair after tapping out to tie at 2-2 with just 2 seconds left. This forced the match into sudden death overtime, where Charlotte regained the title by submission.

Regarding the finish where Sasha tapped with seconds left to send the match into overtime, this was a Vince McMahon idea but it sounds like he had a different reaction in mind. Dave Meltzer noted on Wrestling Observer Radio that most within the company knew the finish was a bad idea but the key people in charge did not.

Vince reportedly had a “great” idea for the fall as there was a feeling that being in Pittsburgh, no one would care about the match or make any noise and it would drag. Vince thought everyone would be really excited for Sasha retaining her title, counting down the final 10 seconds of the match, but that excitement would be derailed when Sasha tapped out with just 2 seconds left. Vince thought it was going to be such a great moment, but most agree that it was not.