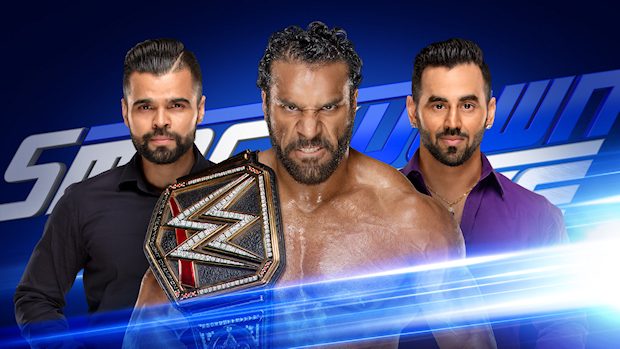 – This week’s WWE 205 Live kicked off with new Cruiserweight Champion Enzo Amore, who was using a crutch to walk. This is likely just a storyline injury. They aired the post-RAW segment with Braun Strowman attacking Enzo before the cruiserweight roster took turns beating him around the ring. Due to the non-contact clause that RAW General Manager Kurt Angle put on Enzo’s RAW celebration, Enzo mentioned that all of the cruiserweights have now forfeited their title shots from him. Below is video from Enzo’s opening segment:

After being viciously attacked last night on #RAW, @real1 has some STRONG words for @WWENeville! #205Live pic.twitter.com/jouMpyIQ38

– Cedric Alexander vs. Jack Gallagher has been announced for next week’s WWE 205 Live episode.

– The low attendance at WWE TV events continues as this week’s SmackDown in Glendale, Arizona was nowhere near full. You can see the weak crowd in these photos:

This is the empty arena at #SDLive #WWEGlendale tonight it's clear to see that people are just not interested in #WWE pic.twitter.com/G066I0yZpy

– SmackDown Tag Team Champions The New Day, Naomi and Sin Cara hosted an anti-bullying rally with the Boys & Girls Clubs of America on Monday in El Paso, Texas. Below are a few photos:

It was a GREAT day at the @BGCA_Clubs of #ElPaso. pic.twitter.com/aDh3XKGmjL