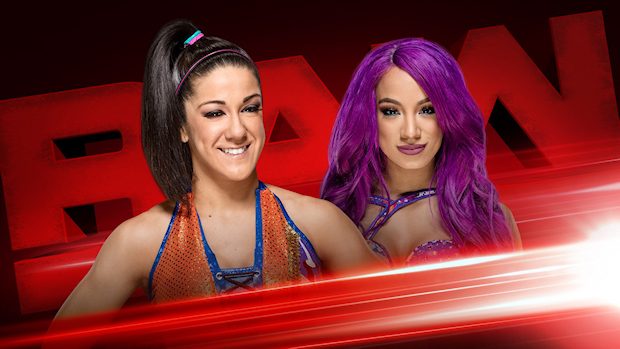 With WrestleMania 34 just three weeks away, there’s major backstage heat on two competitors who were expected to face off in a one-on-one match on the show, former Raw Women’s Champions Bayley and Sasha Banks.

In recent weeks, Banks and Bayley were building towards the first-ever one-on-one women’s match at WrestleMania not involving a stipulation or title. However, those plans changed in recent weeks since both Bayley and Banks have significant heat with members of WWE’s creative team.

Last year, WWE officials planned on holding a match pitting WWE’s Four Horsewomen (Charlotte Flair, Sasha Banks, Bayley, and Becky Lynch) with members of the MMA Four Horsewomen (Ronda Rousey, Shayna Baszler, Marina Shafir, Jessamyn Duke). However, those plans were scrapped when WWE made the decision to attach Stephanie to Rousey in a match at WrestleMania in an effort to turn the executive/performer into a mainstream star.

Bayley didn’t handle WWE’s decision well and sent out this cryptic tweet back in January. With the Horsewomen vs. Horsewomen match out of the picture, WWE began planning a match between Bayley and Banks at WrestleMania. However, both competitors got upset when they found out that Alexa Bliss was heading into WrestleMania as Raw Women’s Champion instead of one of them.

This led to Banks having a talk with Vince McMahon regarding their creative direction. Bayley, meanwhile, has let it be known backstage that she’s not happy with WWE’s handling of their feud.

So this has led to the two of them catching heat with WWE creative, who feel they should be happy with just being a part of WrestleMania and not ungrateful.

With WWE already having 14 matches planned for the show, it’s going to be hard for them to have their own match on the card. Their recent conduct doesn’t help matters.

With WWE pushing the WrestleMania Women’s Battle Royal, it’s quite likely that their role this year will be in that match.