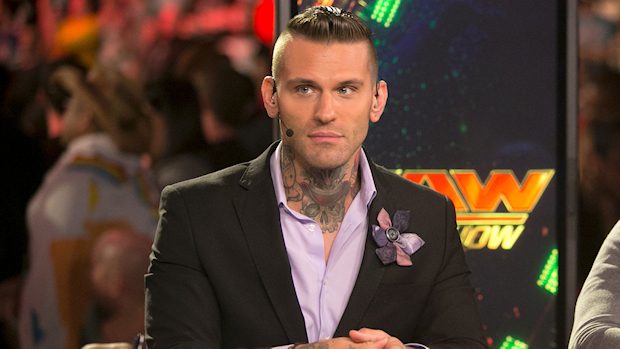 – On Friday, Corey Graves lashed out at a fan who criticized his commentary skills.

In response to the announcer tweeting about a horror movie, a fan wrote that he is terrified to watch WWE programming because of Graves’ commentary.

The most terrifying thing I've ever watched is the 5 hours of televised programming that you deficate all over every week. Your in-ring performance was somehow better than your commentary, and we all know how that went.

I’m terribly sorry that your parents didn’t love you enough. Here is some of the attention you so desperately seek. (Just make sure you send me a card on Father’s Day.)

– It was 14 years ago this week when Kurt Angle challenged Eddie Guerrero for the WWE Championship at WrestleMania XX. Courtesy of the WWE Network, you can watch this classic match in its entirety.

– Today would have been the 43rd birthday of former WWE star Andrew “Test” Martin. He was found dead in his Tampa, Florida home on March 13, 2009, four days before his 34th birthday. His death was ruled an accidental overdose of oxycodone.