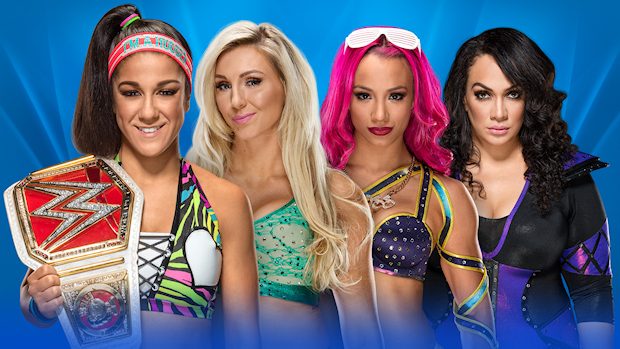 – As noted, WWE Hall of Famers Beth Phoenix and Edge were in attendance for WWE NXT “Takeover: Orlando” on Saturday night. In the video below, the Hall of Fame couple talks about how incredible the Triple Threat Elimination Match with NXT Tag Team Champions The Authors of Pain, DIY and The Revival was. Regarding Beth’s induction, they talk about how it’s still registering and soaking in but Beth recalls talking to WWE Hall of Famer Howard Finkel about being in “the club” now.

– WWE posted this video of Seth Rollins reuniting with WWE Hall of Famer Sting for a WWE.com interview while in Orlando this week:

– Below is a new WrestleMania Diary entry with RAW Women’s Champion Bayley giving her final thoughts before tonight’s big match. Bayley says there’s no turning back and she’s ready to prove to herself that she can have a long career and a legacy. Bayley says this is where it all starts, everyone wants that WrestleMania moment and tonight she gets to have hers.

"There's no turning back. I'm ready to prove to myself that I belong here…" – @itsBayleyWWE #WrestleMania pic.twitter.com/a3XlHtfj0U