Will Becky Lynch and Charlotte Flair Continue Their Feud? - PWPIX.net

Will Becky Lynch and Charlotte Flair Continue Their Feud? 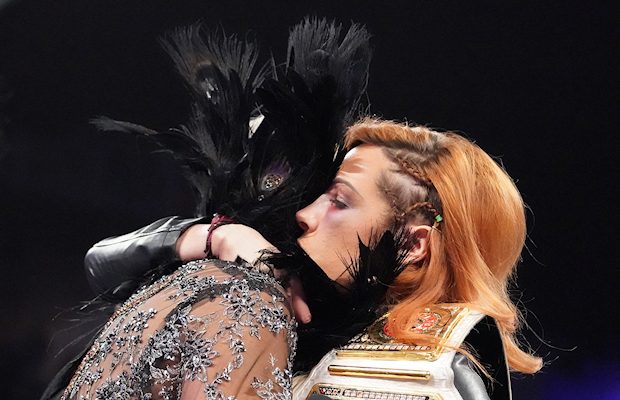 Raw Women’s Champion Ronda Rousey was slated to slug it out with SmackDown Women’s Champion Becky Lynch last night at Survivor Series but plans changed when “The Irish Lass Kicker” suffered a broken face and severe concussion during the blue brand’s surprise assault on Monday Night Raw, and she wasn’t medically cleared to compete. “The Man” herself emerged before fans to pick her replacement, and she chose her bitter rival, Charlotte Flair. The two then embraced with a heartwarming hug.

Despite the hug, it looks like their feud will continue.

Following Charlotte’s brutal attack on Rousey at Survivor Series, she added “Baddest Bitch on the Planet” to her Twitter bio.

Lynch then updated her Twitter bio to read: “Just changing this again to see if Charlotte changes hers too. Bet she does.”

On last night’s match, Lynch tweeted the following to Rousey:

Becky and Charlotte reportedly didn’t like their hug. According to Pro Wrestling Sheet’s Ryan Satin in his audio show recapping SmackDown LIVE (h/t reddit), Becky and Charlotte weren’t keen on the idea and both felt it didn’t make any sense.

“From what I’ve heard it was a scripted directive and that they (Becky and Charlotte) were not pumped on it. They also agree that it didn’t make any sense,” Satin said.