Becky Lynch Lashes Out At WWE For Misspelling Her Name, Rematch Announced For Raw, Matt Hardy 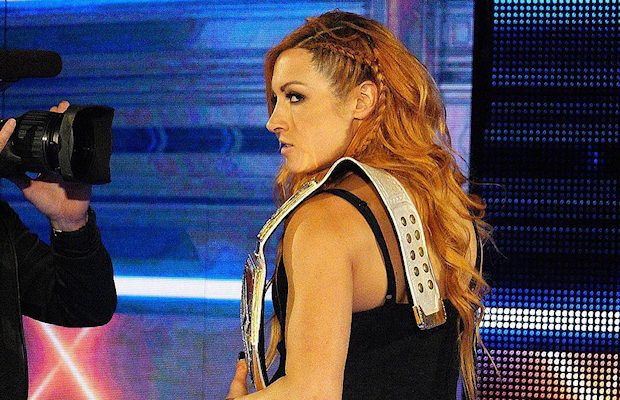 – Becky Lynch is none too pleased with WWE misspelling her name on Twitter.

On Friday, WWE tweeted a video of the newly crowned SmackDown Women’s Champion selecting her victory over Charlotte Flair at WWE Hell in a Cell as her WWE Network Pick of the Week. WWE, however, mistakenly tagged an account posing as Becky. In response, “The Irish Lass Kicker” put WWE on blast with the following:

Dopes. If @BeckyLynchWWE is too hard to spell just call me Queen. First name Yaaaaas. https://t.co/LRZThR3Ucz

The @BeckyLynchWWE who left @MsCharlotteWWE battered, bruised and DEFEATED at #HIAC has a @WWENetwork recommendation for you… pic.twitter.com/Q6BSAdMQ3b

– In a rematch, WWE.com has announced that Bobby Lashley will face Elias this Monday night on Raw.

The two had a match last Monday, but it ended in disqualification after Bobby Lashley’s manager, Lio Rush, kicked Elias in the face while evading both him and Kevin Owens.

– Matt Hardy’s “#WOKEN Word of the Week” for September 22 is “decoct,” which means to “extract the essence from (something) by heating or boiling it.”