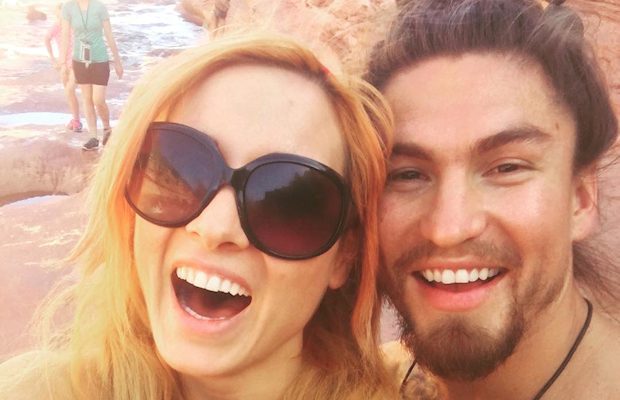 Becky Lynch and her UFC fighter boyfriend have broken up.

Last May, fans of the WWE Superstar noticed that she deleted all photos of herself with boyfriend Luke Sanders from her Instagram account. As if that wasn’t enough, she also unfollowed him on the social media platform.

Here is a look back at Lynch and Sanders’ relationship. Luke Sanders Says Becky Lynch Is The Love Of His Life Becky Lynch and Luke Sanders are very much in love.

Likewise, Lynch said on Sanders’ 31st birthday that he is “the coolest and sweetest man.”

She wrote, “Happy birthday to this super amazing badass stud right here! He’s the coolest and sweetest man and makes me smile every day. 🎂🎉🎊 @coolhandmma.”

The two have continued to show their affection for each other on social media.

During a visit to Walt Disney World in March 2017, Lynch called Sanders “The greatest.” How Becky Lynch and Luke Sanders Make Their Relationship Work Becky Lynch gets to travel all over the world with WWE, but she admits it can often make her dating life hard.

“It is not easy because of the constant travel, being on the road five days a week is very tough,” Lynch said when asked about her dating life during an interview in spring 2016. “Sometimes you’re lucky enough to find someone who gets it.”

That person is Luke Sanders.

“So what’s great is that he gets it, you know?” Lynch told Lilian Garcia during a February 2017 interview on the former WWE ring announcer’s podcast, Making Their Way To The Ring.

“And that’s the thing, he understands, you know, the drive and wanting to be the best and what it’s going to take be the best. And so he’s there, he’s there supporting me, saying I’m doing great the whole time.

Garcia then asked Lynch, “Do you wish you had more time together or is it working out just fine?”