How Old Is Lilian Garcia? 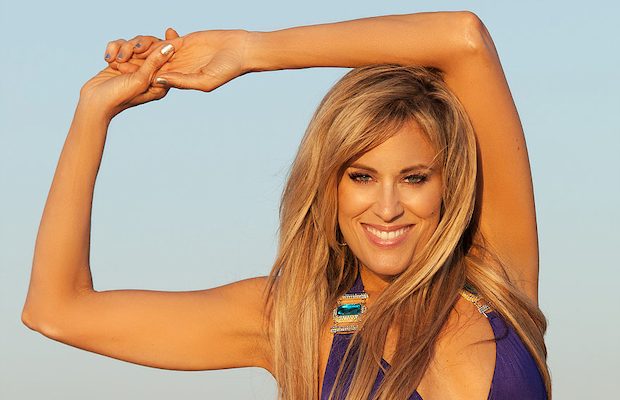 As hard as it is to believe, but Lilian Garcia is 52 years old!

Thank you for all my birthday wishes guys!! You’ve made my day!! Love you more than you can imagine!! 😘😘😘 pic.twitter.com/lk5Rn1AgVH

In honor of her birthday, the official Instagram account of the WWE Network posted this clip of Garcia singing “The Star-Spangled Banner” at WWE Tribute to the Troops 2016.

Happy Birthday to the great @liliangarcia!

Garcia spent the first eight years of her life in Spain due to her father’s employment with the American Embassy, and was educated on an American military base, leading her to describe herself as a “military brat.” She moved to the United States when she was eight years old and grew up in Columbia, South Carolina.

Garcia was a top ten finalist in the 1985 Miss South Carolina beauty pageant. She said before the competition that there was a story in a local newspaper alleging that the pageant got fixed for her to win. Her sister, Dalia, won in 1983, making her the first Hispanic to win the pageant. According to Garcia, the newspaper claimed that the judges wanted her to win to have the first pair of sisters win the competition. She tried to sue the newspaper, but could not prove libel.

“I knew that I would have won if it wasn’t for the scandal,” Garcia said, who credits pageants for their ability to boost self-confidence. “I still believe in the pageant system.”

Garcia declined to give her age then but has since become more forthcoming. During a June 2015 interview with the syndicated hot talk radio show Rover’s Morning Glory, she revealed her feelings on the subject.

Rover, the show’s host, asked Garcia, “How old are you now, Lilian? I know you’re not supposed to ask a woman her age.”

Garcia responded, “I have no problem with that whatsoever. In fact, I like it when people talk about this.”

After being pressed again to give her age, Garcia said, “How old do you think I am?”

Garcia continued, “I like talking about that because I feel that too many people put emphasis on a number, and on age. I think we all age differently, and bottom line is if I died tomorrow, they wouldn’t say how old, they’d say how young. And so I’ve always said, ‘If I’m young dead, I am young alive.'”

Rover then asked Garcia, “Do you ever get worried that they’re going to think, ‘You know, Lilian’s getting a little long in the tooth [Garcia laughs]. We need some 22-year-old hot piece of ass in here.’ Does that ever cross your mind?”

Garcia replied, “You know, I can’t focus on that. I can only go out there and do my job and do the best. I know that I’ve got a lot still to offer. I think it’s wonderful that WWE has allowed me to be there as long as I am. I think it says a lot for that organization as well to not be so worried about a number, and women, and being, you know, behind that. I’ve been the longest-running Diva there, and I’m very proud of my work there and I love working with this company.”