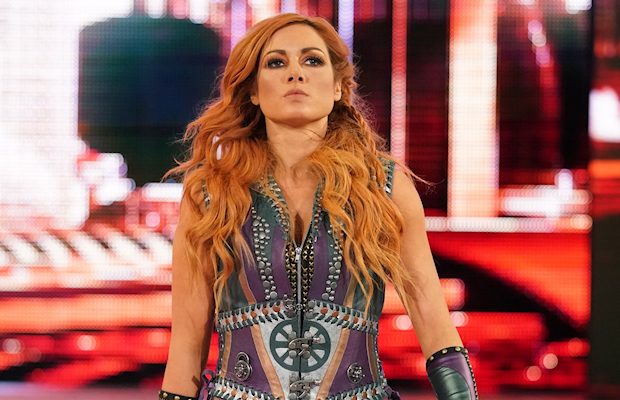 Becky Lynch‘s recent attempt to insult the audience after turning heel didn’t get the reaction anticipated by creative and the new SmackDown Women’s Champion knows why.

Lynch talked about how she was happy with the decision to turn her character heel on the latest edition of Chasing Glory with Lilian Garcia.

“Vince wanted a different side of me and to see different layers, so we’re unpeeling them like an onion,” Lynch said.

Garcia said she likes how Lynch is not insulting fans to draw heat.

“Well, we tried that,” Lynch said. “And the crowd were like, ‘Ah c’mon now Becky. You know that we were there with you the whole time.’ I’m like, ‘Yeah, look, I’m going through some stuff right now. I’m trying to figure it out.’”

Lynch added, “It’s hard for me to say it’s your fault. It’s on you guys. Because the whole time they’ve been cheering for me. They’ve supported me and they’ve put me in the position to win sometimes. And even when we talk about the first-ever SmackDown Women’s Champion, the crowd wanted me to be the champion. So they dictate a lot. So I think it just doesn’t make sense that I would talk about how bad and how wrong they are. Because they’ve obviously made their voices heard and supported me the whole time.”

You can listen to this part of the interview at the 41-minute mark.