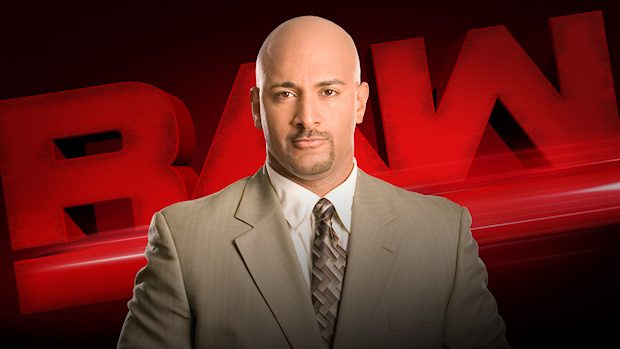 WWE has announced that Jonathan Coachman signed a new deal to return to the company. He will join Michael Cole and Corey Graves as the new RAW announce team beginning tonight in Philadelphia. WWE Hall of Famer Booker T will remain with the company to work Kickoff panels but WWE also noted that he will make occasional RAW appearances and will serve as a WWE Ambassador.

Below is WWE’s full announcement on Coach’s return:

Ladies and gentlemen, “The Coach” has returned.

Jonathan Coachman, a longtime WWE interviewer and broadcaster and former ESPN personality, has signed with WWE to once again be part of the Raw announce team, WWE.com can confirm.

Meanwhile, WWE Hall of Famer Booker T will resume his duties as a panelist on WWE’s pay-per-view Kickoff broadcasts and will continue to make appearances on Raw and beyond as a WWE ambassador.

The Coach began appearing on WWE television as an interviewer in 1999 during The Attitude Era as a frequent foil of The Rock, later expanding his role to include tenures as Raw commentator, Interim Raw General Manager and even as an in-ring competitor on multiple occasions.

Following nearly a decade as an on-air personality at ESPN — which included coverage of WWE with his “Off the Top Rope” segment — Coachman is back to call the action on Monday Night Raw.