Big Show on How WWE Is Using Him Now, How Bad Kane’s Gloves Smell, Heath Slater 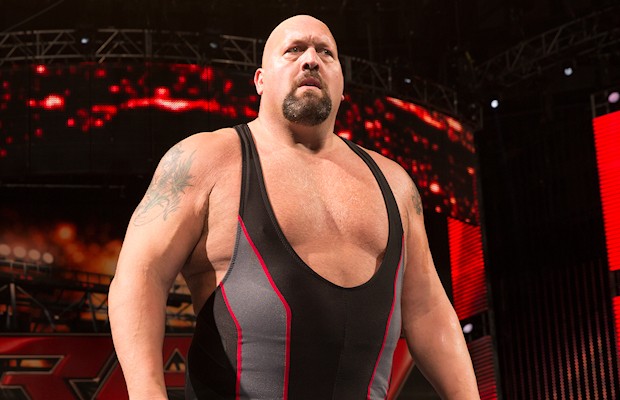 GamesRadar.com recently sat down with former World Heavyweight Champion The Big Show to promote the WWE 2K17 video game, which is set for release next week. The full interview can be found HERE and below are some key highlights:

His TV time cut back due to the New Era:

“They don’t need me right now. They’re building Baron Corbin, Big Cass, Braun Strowman. Hopefully they’ll give Erick Rowan a chance because I’m a big fan of his. I’ve done everything I can do, and I have a big WrestleMania spot with Shaq coming up, so I’m sure in January we’ll kick that off and I’ll be back on TV more. For now they’re using me like they should: as an attraction.”

“Kane’s gloves get pretty rank. He grabs you for a chokeslam and you just want to faint. It smells like rancid friggin’ yak meat. It’s the sweat, it builds up real quick. Kneepads, masks – they suggest you throw them in the freezer for a month [every so often], to kill all the bacteria.”

Why Heath Slater is fun to wrestle against:

“Heath’s funny to work with because he starts bitching during the match when he doesn’t like something. He’ll bitch about rental car prices, travel… I wrestled him once and the entire match he just bitched about the catering: “Come on man, we can’t have chicken like that… this is a big company!” And he’ll call for a press slam, then dead-ass you so you can’t lift him up.”