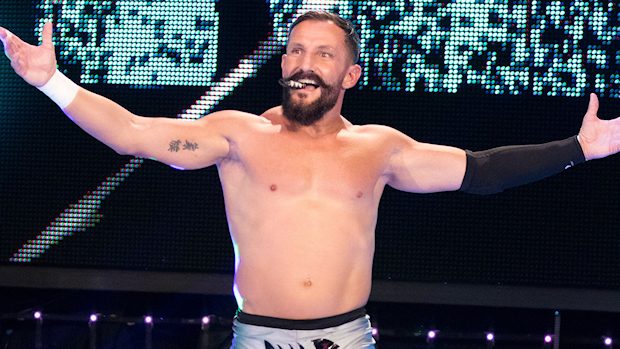 On Thursday, NXT Tag Team Champion Bobby Fish underwent surgery in Birmingham, Alabama for tears in both his ACL and MCL suffered on Sunday at an NXT live event in Indianapolis, Indiana. According to Dave Meltzer of F4Wonline.com, Fish will be out of action for six months.

As far as the NXT Tag Team Championship is concerned, Adam Cole and Kyle O’Reilly will be champions going into a Triple Threat Match with The Authors of Pain and the team of Roderick Strong and Pete Dunne at NXT TakeOver: New Orleans on Apr. 7.

At Wednesday’s NXT tapings in Orlando, Florida, Strong and Dunne replaced Tyler Bate and Trent Seven in the first round of the tournament and eventually advanced to the finals against The Authors of Pain. After Cole and O’Reilly ran in and caused a double DQ in the finals, General Manager William Regal came out and announced that at TakeOver New Orleans, it would be the AOP vs. Strong/Dunne vs. the Undisputed Era for both the NXT tag titles and the Dusty Classic trophy.

The idea is that O’Reilly is still champion and is picking a partner to replace Fish.