NXT Superstar Out Of Action After Suffering Torn ACL 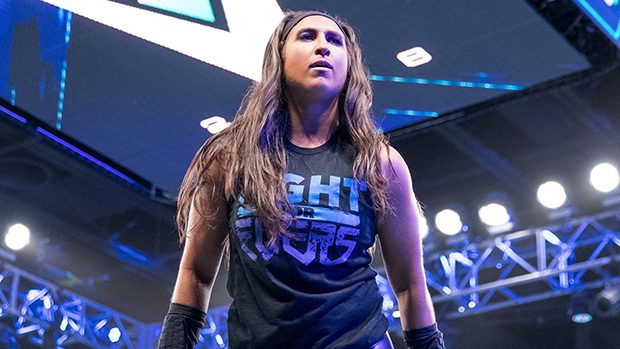 NXT Superstar Rachael Evers is out of action after suffering a torn ACL last Saturday.

Evers sustained the injury during a match again Lacey Lane at an NXT live event in Fort Pierce, Florida. The match ended in a no contest due to Evers getting hurt.

Evers revealed the extent of her injury today in a post on social media, explaining that she is slated to undergo surgery on Tuesday. She also shared a photo of herself on crutches.

Admitting that she’s heartbroken to be pulled away from the ring, Evers nonetheless maintained a positive outlook, vowing to let her passion drive her as she begins her comeback journey.

“Professional wrestling is the love of my life. My heart is at home when I’m in that ring sharing moments with you all.

“On Saturday night, my heart broke a little bit. At our NXT show in Florida, I tore my ACL. Those three letters have caused me to feel so much pain, disappointment and fear.

“I never thought that I would have to face this challenge and be ripped away from what makes my heart thrive — what I’m born to do.

“That same passion that fueled me in the ring, will now push me to return to it. The unsettling, sorrowful, aching feelings will pass. I have incredible people in my corner; people who love me and believe in me and that means so much.

“I have surgery on Tuesday and Wednesday I begin my journey back to my home — the ring.

“As a wise woman once said, “I am a goddess, a glorious female warrior.” So now its time to prove it.”