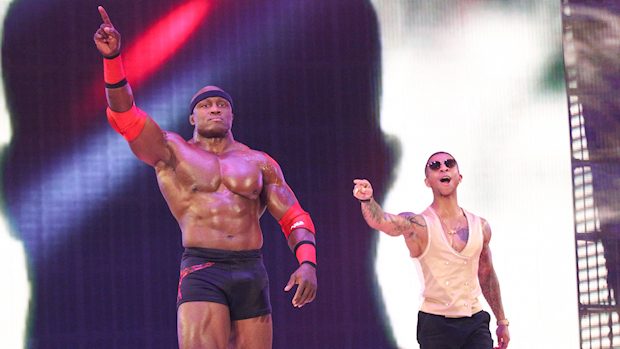 – Bobby Lashley made a slight change to his look during WWE’s European tour as he came out wearing sunglasses similar to that of his manager, Lio Rush.

Here is how Lashley looked at Saturday’s live event in Rome, Italy.

– On Saturday night, the NBA’s Memphis Grizzlies celebrated their annual “Wrestling Night” with Buff Bagwell and Jerry “The King” Lawler appearing in a makeshift ring. As Lawler was cutting a promo, Bagwell attacked him and the Grizzlies mascot with a chair. Bagwell, wearing T-shirt, then cut a promo on how much Memphis “sucks.” After he was done cutting his promo, the theme song played.