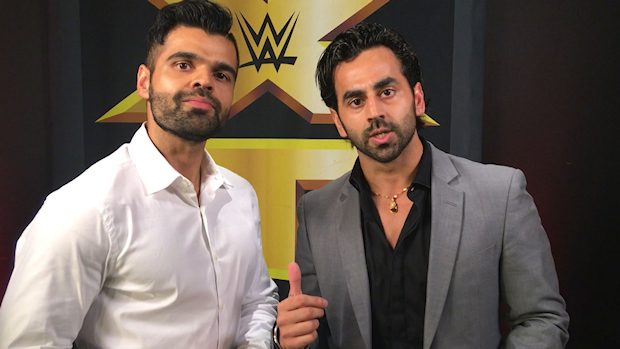 After beating Erick Rowan in a No Disqualification Match on SmackDown LIVE, Randy Orton got on the mic and promised The Eater of Worlds that the House of Horrors Match this Sunday at WWE Payback will be Wyatt’s eternal hell. However, the WWE Champion was then interrupted by the No. 1 contender to his title, Jinder Mahal. The Maharaja emphatically stated that he would not put up with what he perceived as Orton’s disrespect toward him ahead of their match at WWE Backlash on May 21.

The two engaged in a war of words that saw The Bollywood Boyz attack The Viper from behind. Mahal soon joined in, putting the exclamation point on the beatdown. The Maharaja then grabbed the WWE Championship and raised it above his head before leaving with it.

Now we know what to call Mahal’s allies.

According to WWE.com, Gurv Sihra will now be known as Sunil Singh.

They are collectively known as The Singh Brothers.