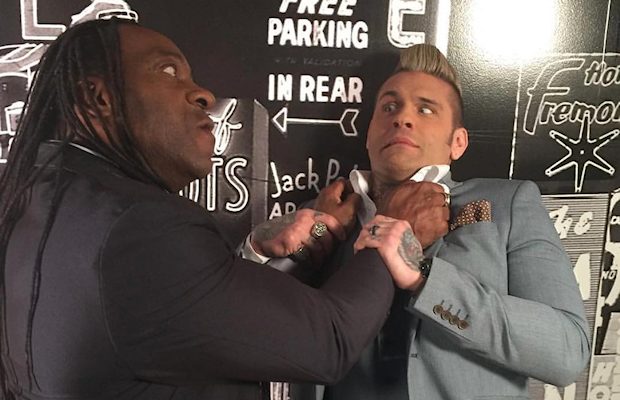 The two played up their feud backstage at WWE Elimination Chamber on Sunday with this photo.

– Former WWE star Sean “X-Pac” Waltman was backstage at SmackDown LIVE last night at the STAPLES Center in Los Angeles, California. Here are photos of him backstage with his dog Lula, Lilly Singh, and Sasha Banks, among others.

– It was announced on Monday that on Thursday, April 19, NXT makes its debut in the nation’s capital, Washington, D.C., at The Anthem. According to an email sent out today by WWE, there will be a presale on Thursday from 10:00 a.m. to 10:00 p.m. on Ticketfly.com with the passcode ‘NXT LIVE’.