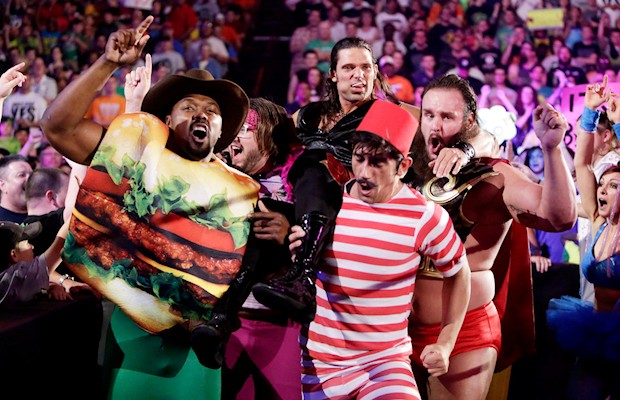 – Although Braun Strowman made his official WWE debut in August 2015, his first on-screen exposure actually came the year before as one of Adam Rose’s Rosebuds.

On Twitter, a fan suggested that Strowman go back to being a Rosebud, which rattled “The Monster Among Men.” Check out his response below.

Here is footage of one of Strowman’s appearances as a Rosebud, which also features Becky Lynch and former WWE Superstar Simon Gotch.

– In the video below, Cathy Kelley tells you 13 things you need to know about tomorrow night’s WWE TLC pay-per-view.