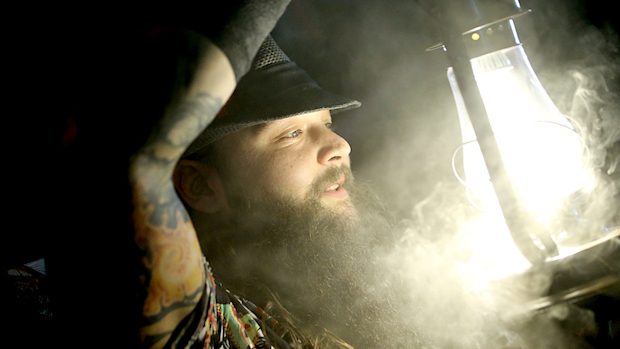 – In a battle of brothers, Bray Wyatt and Bo Dallas faced off at Friday’s WWE live event at the Mississippi Coliseum in Jackson, Mississippi.

Wyatt was victorious as he pinned his brother after nailing him with Sister Abigail (as seen below).

While Wyatt and Dallas have faced off multiple times in tag team bouts at WWE live events since last month, this was their first-ever singles encounter at a WWE-branded show. According to CageMatch.net, they had two other singles encounters in NXT back in 2013, with Dallas winning both.

– Immediately following the WWE Money in the Bank post-show on Sunday, June 17, the WWE Network will air an all-new episode of WWE 24 on Matt and Jeff Hardy.

Here is the synopsis for the episode:

“The Hardys were extreme in and outside the ring, and nearly lost it all. Witness The Hardys’ fall from grace, and their ultimate redemption!”

– Ligero explains why his mask sets him apart from other WWE United Kingdom Championship Tournament competitors and how his strong work ethic helped put him at the forefront of the British wrestling scene.