Home / Wrestling News / WWE News / Bret Hart Has No Desire To Be At WWE Payback This Sunday, Reacts To Chyna’s Death

Bret Hart Has No Desire To Be At WWE Payback This Sunday, Reacts To Chyna’s Death 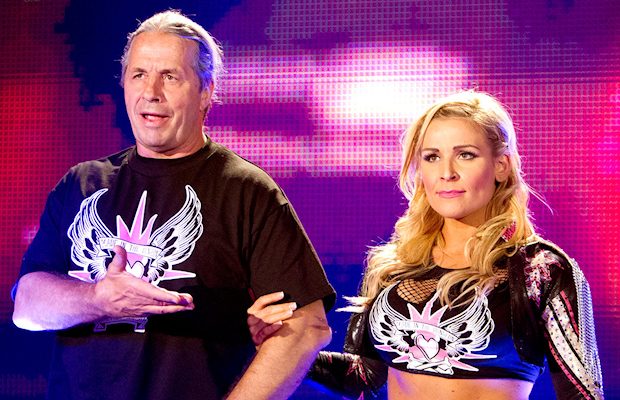 This Sunday at WWE Payback, Natalya will challenge Charlotte for the WWE Women’s Championship. She’s done that before, but this time her uncle, the legendary Bret Hart, will be at ringside to ensure that Ric Flair stays out of the match.

The same situation happened in 2014 at NXT Takeover: Arrival, but it doesn’t seem like Hart’s heart is into the match coming up.

During the WWE Hall of Famer’s recent visit to the United Kingdom for a multi-date spoken word tour, Hart was asked about standing in his niece’s corner at WWE Payback.

“It’ll be great to put Flair in the sharpshooter though.”

With WWE now firmly putting a committed effort into re-branding their women’s division, Hart was also asked about the future of women’s wrestling.

“Sasha Banks is a real innovator, different stuff to her matches. Bayley is great too, some of those women are much better than the ones on Raw at the moment. I have a lot of respect for women’s wrestling, it’s hard being a women’s wrestler in WWE, they don’t get enough credit.

“They’re in a real tough spot. There’s really good women’s wrestlers out there and some of them are better to watch than the men right now.”

Hart’s appearance in Cardiff was on the same day that news broke that Chyna passed away. “The Hit Man” was asked about the news.

“It was sad, I think she should be in the Hall of Fame but I don’t think WWE will ever put her in there. Because of her relationship with Triple H.