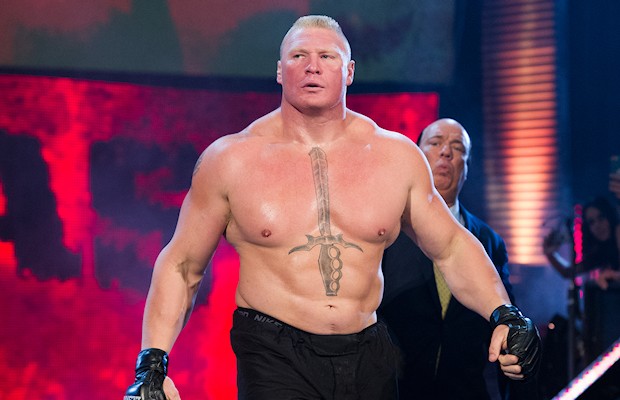 – As seen on last night’s WWE RAW, Drew Gulak helped Tony Nese defeat Cedric Alexander in his hometown of Charlotte, NC. Gulak and Nese appear in this new Fallout video and Nese says the new 205 Live show is going to be all about the two of them. Gulak guarantees that the rest of the cruiserweight division will fall in line.

– As noted, it’s now official that Brock Lesnar will join Bill Goldberg and 28 other Superstars in the 30-man Royal Rumble main event in January. WWE has not confirmed an injury but Paul Heyman mentioned during last night’s interview on RAW that Lesnar suffered crack ribs after taking the first spear from Goldberg in their Survivor Series match.

– Summer Rae and Emma had fans on Twitter talking last night after they made the following comments during the first Sasha Banks vs. Charlotte Flair match for the RAW Women’s Title: