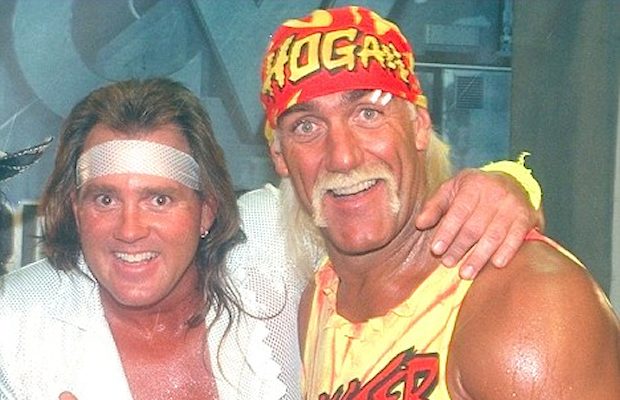 It was reported recently that former WWE star Brutus “The Barber” Beefcake — real name Edward Harrison Leslie — is holding a crowdfunding campaign to help pay for knee replacement surgery. He twisted his knee a few months ago and when he visited a doctor, discovered that he needed the surgery. He is now trying to raise $18,000 through GoFundMe and as of this post, has garnered $5,129.

In an update on the situation, Beefcake revealed a few days ago that he will be undergoing surgery on Tuesday.

Thank you everyone!!!! Surgery is scheduled for Tuesday Pease support my GoFundMe campaign: https://t.co/NY4AGXbSed

Beefcake also tweeted this video message thanking everyone for their support.

After Beefcake completes rehabilitation, he plans on including Diamond Dallas Page’s world-famous DDP Yoga in his workout routine.

Countdown to Surgery starts now!! Been in pain & workout has been effected not good for overall health. After I’m done with rehab it’s a whole new workout with @DDPYoga and @RealDDP stepped up like only he can!! Going to teach this old dog a few tricks! God Bless!! #BTFBB

Beefcake and Page have past history as they had a feud back in 1996 in WCW. When Beefcake transformed into The Booty Man, with his gimmick being that of a man infatuated with his own buttocks, DDP’s then-wife Kimberly became his valet (she became known as The Booty Babe). This led to a feud with Page, and at WCW Uncensored on March 24, 1996, The Booty Man beat him with The Booty Babe at ringside. Pre-match stipulations stated that Page would regain The Booty Babe with a win, but quit WCW if he lost. Since DDP lost, he had to leave WCW.

On Sunday, Hulk Hogan tweeted this message showing his support for his longtime friend.

Hogan and Beefcake had a public spat last fall after Beefcake vented on Twitter about Hogan spending time with his ex-wife. Beefcake also accused Hogan and his ex-wife of getting his daughter “brainwashed,” which resulted in an estranged relationship.

Jimmy Hart, who is friends with both Hogan and Beefcake, said in an interview in April that he believes they’re on great terms again.

“I think everything is great now,” Hart said. “On Christmas holidays, I got a call from Brutus, ‘Jimmy, I love you, baby!’ and I said, ‘I love you too, Brutus!’ And so, it’s like everything else. Your girlfriend, you may have a squabble with her. Your best friend, and, all-of-a-sudden, everything works out to put everything back together, but I think that it’s all good.”